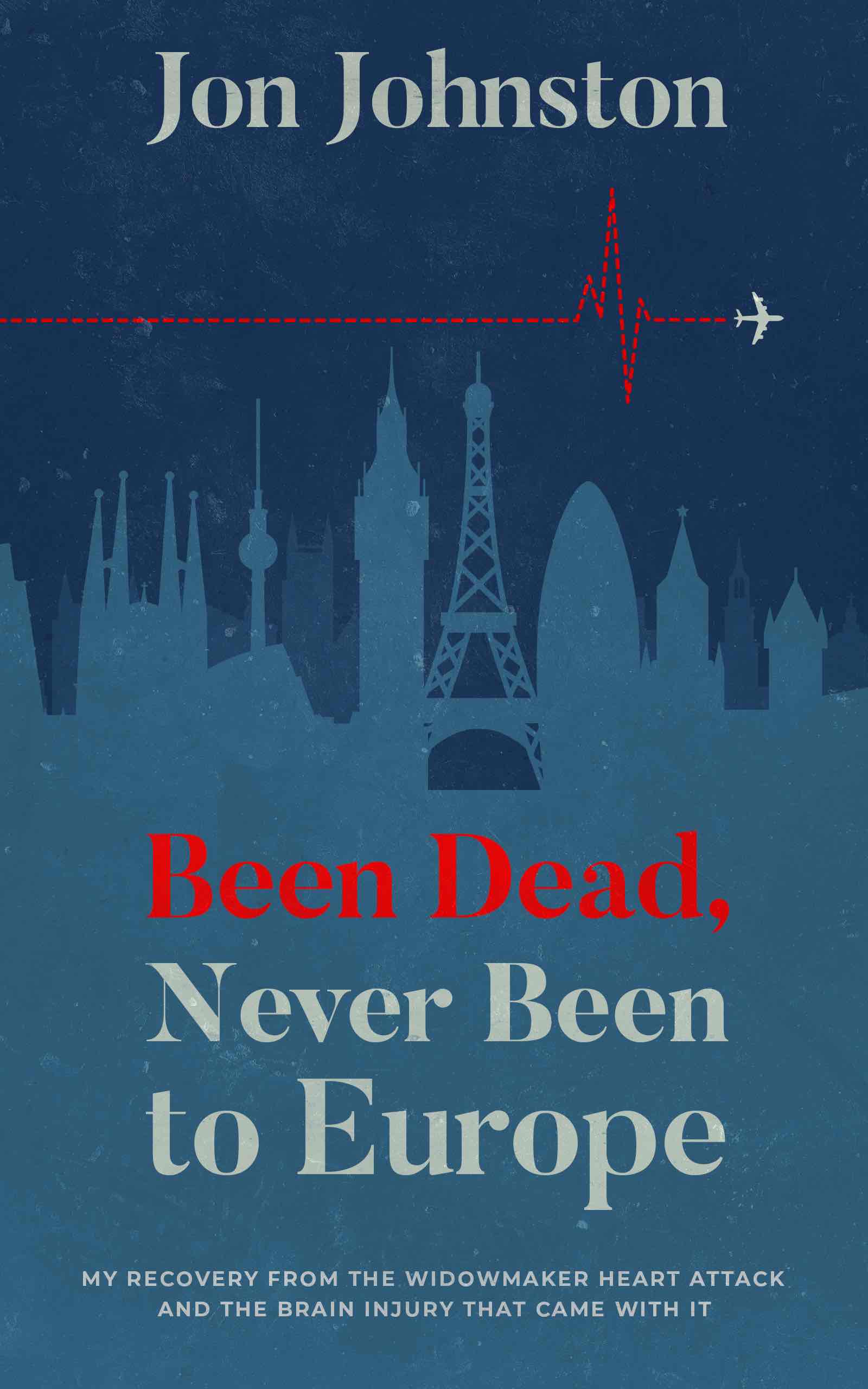 A True Story Of Resilience

Jon Johnston was an active, healthy adult when he dropped dead suddenly of a widowmaker heart attack. He was not expected to live, after being dead for more than 20 minutes, but if he did survive, his brain would forever be damaged due to oxygen deprivation.

Been Dead, Never Been to Europe offers a real-life view of what it takes to rebuild after a devastating event, to accept an unexpected present and future, and to discover a new identity.

Been Dead, Never Been to Europe will appeal to readers who seek memoirs of resilience, and to those whose own lives have been affected by unexpected trauma.